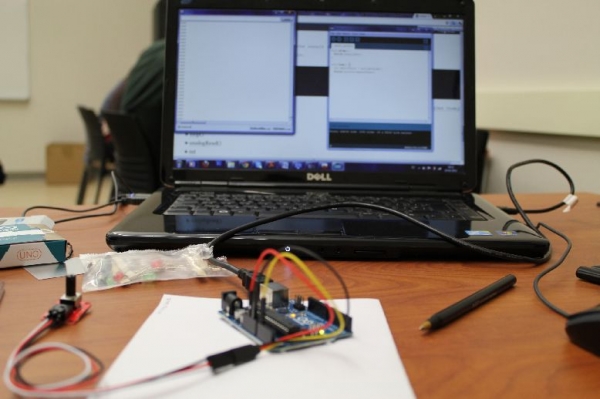 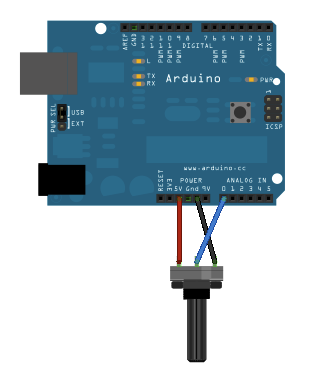 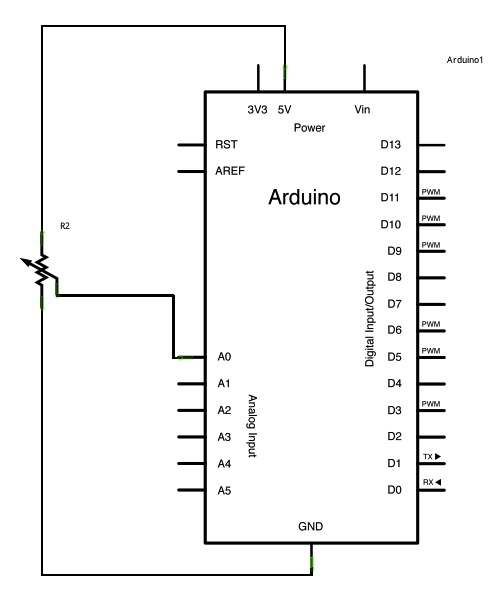 In the program below, the only thing that you do will in the setup function is to begin serial communications, at 9600 bits of data per second, between your Arduino and your computer with the command:

Next, in the main loop of your code, you need to establish a variable to store the resistance value (which will be between 0 and 1023, perfect for an int datatype) coming in from your potentiometer:

Finally, you need to print this information to your serial window as a decimal (DEC) value. You can do this with the command Serial.println() in your last line of code:

Now, when you open your Serial Monitor in the Arduino development environment (by clicking the button directly to the right of the "Upload" button in the header of the program), you should see a steady stream of numbers ranging from 0-1023, correlating to the position of the pot. As you turn your potentiometer, these numbers will respond almost instantly.