Introduction to the Amplifier 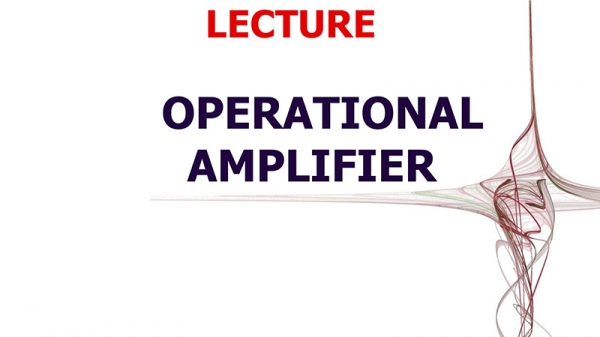 An Introduction to the Amplifier Tutorial

Not all amplifiers are the same and are therefore classified according to their circuit configurations and methods of operation. In “Electronics”, small signal amplifiers are commonly used devices as they have the ability to amplify a relatively small input signal, for example from a Sensor such as a photo-device, into a much larger output signal to drive a relay, lamp or loudspeaker for example.

There are many forms of electronic circuits classed as amplifiers, from Operational Amplifiers and Small Signal Amplifiers up to Large Signal and Power Amplifiers. The classification of an amplifier depends upon the size of the signal, large or small, its physical configuration and how it processes the input signal, that is the relationship between input signal and current flowing in the load.

The type or classification of an amplifier is given in the following table.

Amplifiers can be thought of as a simple box or block containing the amplifying device, such as aTransistor, Field Effect Transistor or Op-amp, which has two input terminals and two output terminals (ground being common) with the output signal being much greater than that of the input signal as it has been “Amplified”.

Amplifier gain is simply the ratio of the output divided-by the input. Gain has no units as its a ratio, but in Electronics it is commonly given the symbol “A”, for Amplification. Then the gain of an amplifier is simply calculated as the “output signal divided by the input signal”.

The introduction to the amplifier gain can be said to be the relationship that exists between the signal measured at the output with the signal measured at the input. There are three different kinds of amplifier gain which can be measured and these are: Voltage Gain ( Av ), Current Gain ( Ai ) and Power Gain ( Ap ) depending upon the quantity being measured with examples of these different types of gains are given below.

Amplifier Gain of the Input Signal

The power Gain or power level of the amplifier can also be expressed in Decibels, (dB). The Bel (B) is a logarithmic unit (base 10) of measurement that has no units. Since the Bel is too large a unit of measure, it is prefixed with deci making it Decibels instead with one decibel being one tenth (1/10th) of a Bel. To calculate the gain of the amplifier in Decibels or dB, we can use the following expressions.

The -3dB point of an amplifier is called the half-power point which is -3dB down from maximum, taking 0dB as the maximum output value.

Determine the Voltage, Current and Power Gain of an amplifier that has an input signal of 1mA at 10mV and a corresponding output signal of 10mA at 1V. Also, express all three gains in decibels, (dB).

Generally, amplifiers can be sub-divided into two distinct types depending upon their power or voltage gain. One type is called the Small Signal Amplifier which include pre-amplifiers, instrumentation amplifiers etc. Small signal amplifies are designed to amplify very small signal voltage levels of only a few micro-volts (μV) from sensors or audio signals.

The other type are called Large Signal Amplifiers such as audio power amplifiers or power switching amplifiers. Large signal amplifiers are designed to amplify large input voltage signals or switch heavy load currents as you would find driving loudspeakers.

The Small Signal Amplifier is generally referred to as a “Voltage” amplifier because they usually convert a small input voltage into a much larger output voltage. Sometimes an amplifier circuit is required to drive a motor or feed a loudspeaker and for these types of applications where high switching currents are needed Power Amplifiers are required.

As their name suggests, the main job of a “Power Amplifier” (also known as a large signal amplifier), is to deliver power to the load, and as we know from above, is the product of the voltage and current applied to the load with the output signal power being greater than the input signal power. In other words, a power amplifier amplifies the power of the input signal which is why these types of amplifier circuits are used in audio amplifier output stages to drive loudspeakers.

The perfect or ideal amplifier would give us an efficiency rating of 100% or at least the power “IN” would be equal to the power “OUT”. However, in reality this can never happen as some of the power is lost in the form of heat and also, the amplifier itself consumes power during the amplification process. Then the efficiency of an amplifier is given as:

We can know specify the characteristics for an ideal amplifier from our discussion above with regards to its Gain, meaning voltage gain:

The classification of an amplifier as either a voltage or a power amplifier is made by comparing the characteristics of the input and output signals by measuring the amount of time in relation to the input signal that the current flows in the output circuit. We saw in the Common Emitter transistor tutorial that for the transistor to operate within its “Active Region” some form of “Base Biasing” was required. This small Base Bias voltage added to the input signal allowed the transistor to reproduce the full input waveform at its output with no loss of signal.

However, by altering the position of this Base bias voltage, it is possible to operate an amplifier in an amplification mode other than that for full waveform reproduction. With the introduction to the amplifier of a Base bias voltage, different operating ranges and modes of operation can be obtained which are categorized according to their classification. These various mode of operation are better known as Amplifier Class.

Audio power amplifiers are classified in an alphabetical order according to their circuit configurations and mode of operation. Amplifiers are designated by different classes of operation such as class “A”, class “B”, class “C”, class “AB”, etc. These different Amplifier Classes range from a near linear output but with low efficiency to a non-linear output but with a high efficiency.

No one class of operation is “better” or “worse” than any other class with the type of operation being determined by the use of the amplifying circuit. There are typical maximum efficiencies for the various types or class of amplifier, with the most commonly used being:

Class A Amplifier operation is where the entire input signal waveform is faithfully reproduced at the amplifiers output as the transistor is perfectly biased within its active region, thereby never reaching either of its Cut-off or Saturation regions. This then results in the AC input signal being perfectly “centred” between the amplifiers upper and lower signal limits as shown below.

In this configuration, the Class A amplifier uses the same transistor for both halves of the output waveform and due to its biasing arrangement the output transistor always has current flowing through it, even if there is no input signal. In other words the output transistors never turns “OFF”. This results in the class A type of operation being very inefficient as its conversion of the DC supply power to the AC signal power delivered to the load is usually very low.

Generally, the output transistor of a Class A amplifier gets very hot even when there is no input signal present so some form of heat sinking is required. The direct current flowing through the output transistor (Ic) when there is no output signal will be equal to the current flowing through the load. Then a Class A amplifier is very inefficient as most of the DC power is converted to heat.

Unlike the Class A amplifier mode of operation above that uses a single transistor for its output power stage, the Class B Amplifier uses two complimentary transistors (either an NPN and a PNP or a NMOS and a PMOS) for each half of the output waveform. One transistor conducts for one-half of the signal waveform while the other conducts for the other or opposite half of the signal waveform. This means that each transistor spends half of its time in the active region and half its time in the cut-off region thereby amplifying only 50% of the input signal.

Class B operation has no direct DC bias voltage like the class A amplifier, but instead the transistor only conducts when the input signal is greater than the base-emitter voltage and for silicon devices is about 0.7v. Therefore, at zero input there is zero output. This then results in only half the input signal being presented at the amplifiers output giving a greater amount of amplifier efficiency as shown below.

In a class B amplifier, no DC voltage is used to bias the transistors, so for the output transistors to start to conduct each half of the waveform, both positive and negative, they need the base-emittervoltage Vbe to be greater than the 0.7v required for a bipolar transistor to start conducting.

The Class AB Amplifier is a compromise between the Class A and the Class B configurations above. While Class AB operation still uses two complementary transistors in its output stage a very small biasing voltage is applied to the Base of the transistor to bias it close to the Cut-off region when no input signal is present.

The class of operation for an amplifier is very important and is based on the amount of transistor bias required for operation as well as the amplitude required for the input signal. Amplifier classification takes into account the portion of the input signal in which the transistor conducts as well as determining both the efficiency and the amount of power that the switching transistor both consumes and dissipates in the form of wasted heat. Then we can make a comparison between the most common types of amplifier classifications in the following table.

Badly designed amplifiers especially the Class “A” types may also require larger power transistors, more expensive heat sinks, cooling fans, or even an increase in the size of the power supply required to deliver the extra power required by the amplifier. Power converted into heat from transistors, resistors or any other component for that matter, makes any electronic circuit inefficient and will result in the premature failure of the device.

In this Introduction to the Amplifier tutorial, we have seen that there are different types of amplifier circuit each with its own advantages and disadvantages. In the next tutorial aboutAmplifiers we will look at the most commonly connected type of transistor amplifier circuit, theCommon Emitter Amplifier. Most transistor amplifiers are of the Common Emitter or CE type circuit due to their large gains in voltage, current and power as well as their excellent input/output characteristics.