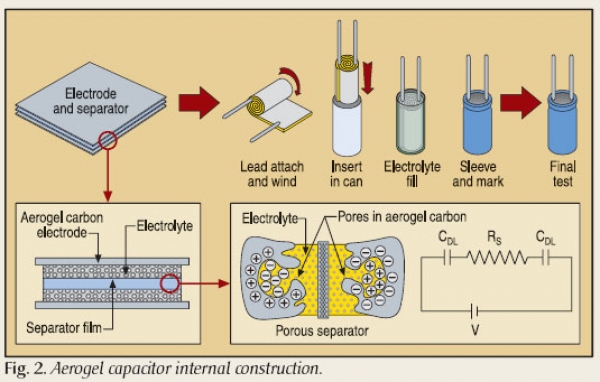 Capacitor is one of the passive components and it stores energy in the form of electrical charge. Capacitor charges and discharges the charge depending on the circuit operation. It is used mainly in electronic and electrical circuits to perform different tasks, such as smoothing, filtering, bypassing, noise reduction, sensing capabilities and etc.

Capacitance Value Ranges: Each type of capacitor available in a specific range. Depending on application we need to choose a required range of capacitor.

Polarization:Tantalum and electrolytic capacitors are polarized and also they operate with a voltage in one direction. So polarization is one of the important factors while choosing the capacitor.

Temperature Coefficient:Capacitance value varies with temperature in some type of capacitors and some capacitors like silver mica, ceramic are stable with varying temperatures. So depending on application one can select the capacitor.

Cost: The cost is the basic driving parameter for all applications. Because everyone want to have high performance with low cost.Today, all the high performance capacitors are available for low cost in surface mount packages.

A capacitor is used in electronic circuits depends on the application and requirements.Each application requires a specific type of capacitor for specific use. The capacitors with their uses and applications are given in the tabular form for better understanding. Please go through the table given above to understand easily about capacitor applications and uses.

Capacitors are used as main elements in frequency selective filters. All the filter designs are used for the high performance and frequency based applications,by selecting the proper components and quality required. Some of the filter topologies are given below.

Low power circuits also use these snubber capacitors to avoid voltage spikes, which are created from undesirable radio frequency (RF) interferences, which influences the circuit operation.These snubber capacitors are also used in parallel to the interrupt components, in the high voltage circuits to avoid circuit breaker problems by producing equal voltage distribution between those components.

Generally a capacitor is small energy storage component. Large capacitors and capacitor banks are used where a lot of energy required within a short period of time. Capacitor banks store the lot of energy for the applications, such as particle accelerators, pulsed lasers, radars, max generators, fusion research and rail guns. A normal application for pulsed power capacitors is used in a flash on disposable camera which charges up and discharges quickly through its flash.

We need to take some safety precautions about capacitors. Capacitors are storage devices, which store electrical energy from small amounts to large amounts. Due to this high energy we can observe electrical charge even though the power is disconnected. Sometimes these high energy capacitors may damage the circuit components. One best thing to avoid these problems is discharge the capacitors before use in the electrical circuits.

If the voltage to the polarized electrolytic capacitors are reversed then these capacitors may fail in the circuit operations. The breaking of dielectric material also causes to fail the capacitors even though they are used in high voltage and high power applications.